Drawing and sound installation, graphite on paper. Installation view from the exhibition “Art in the Parking lot”, Tokyo, 2012. 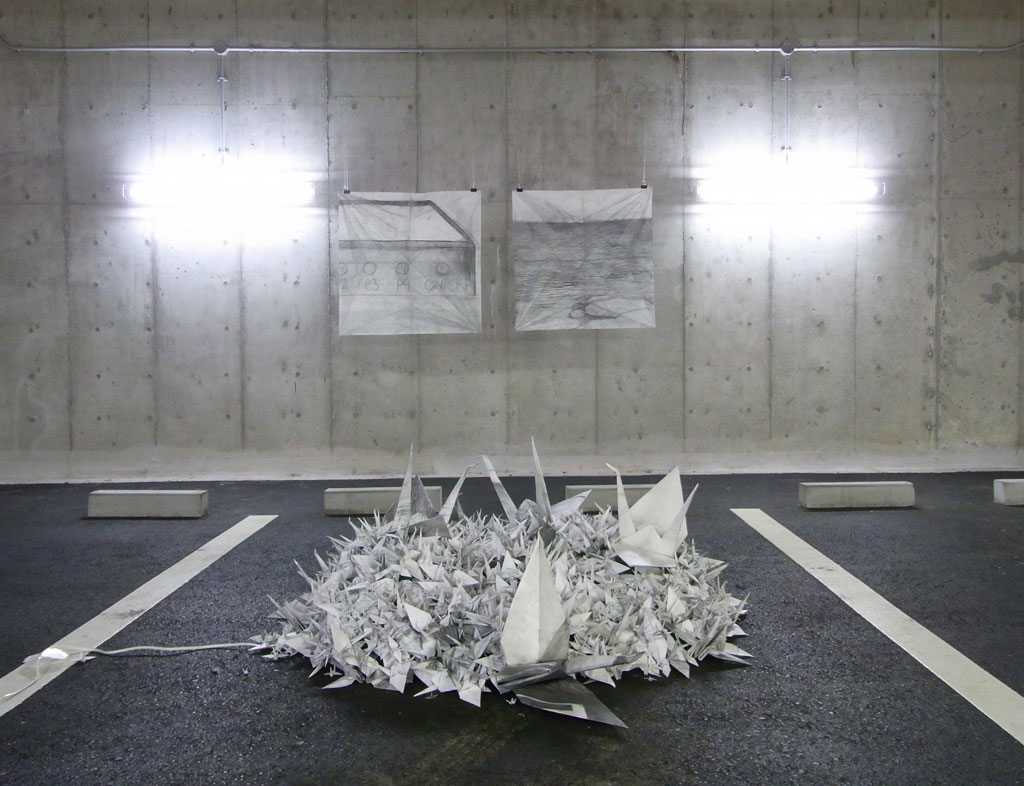 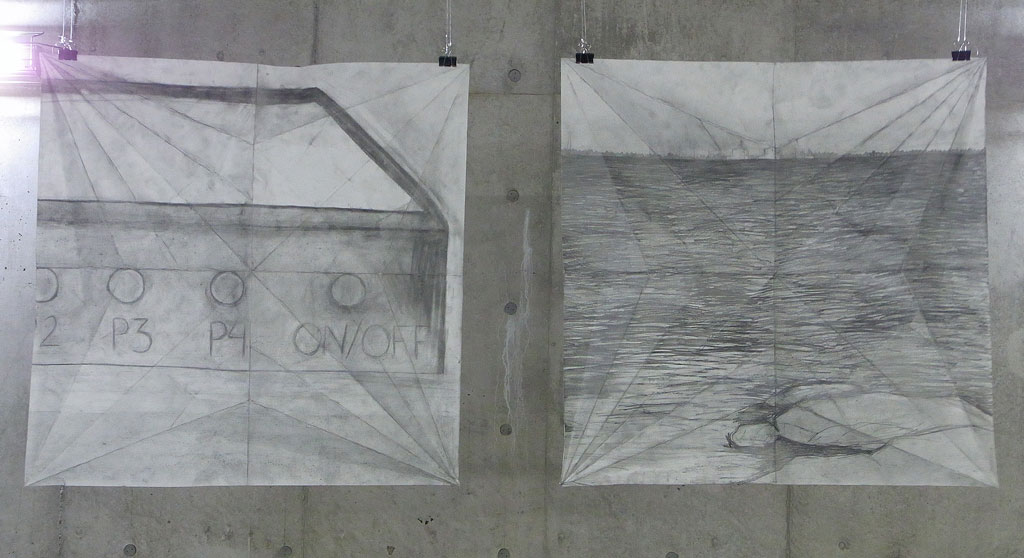 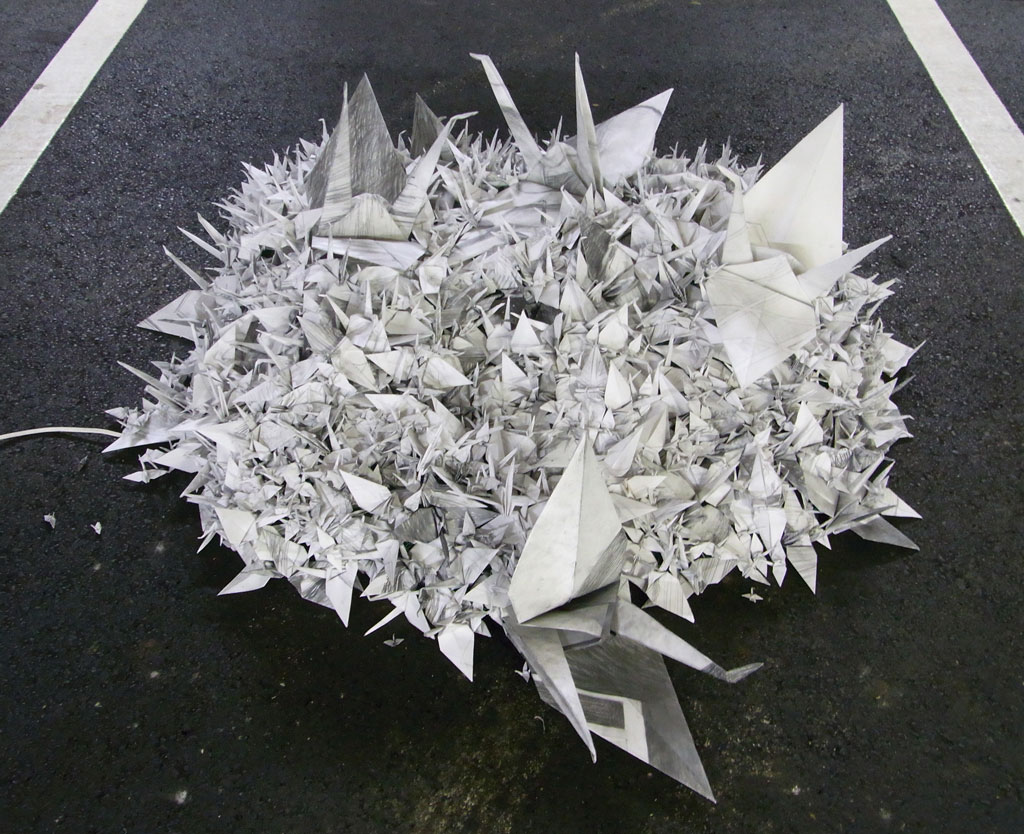 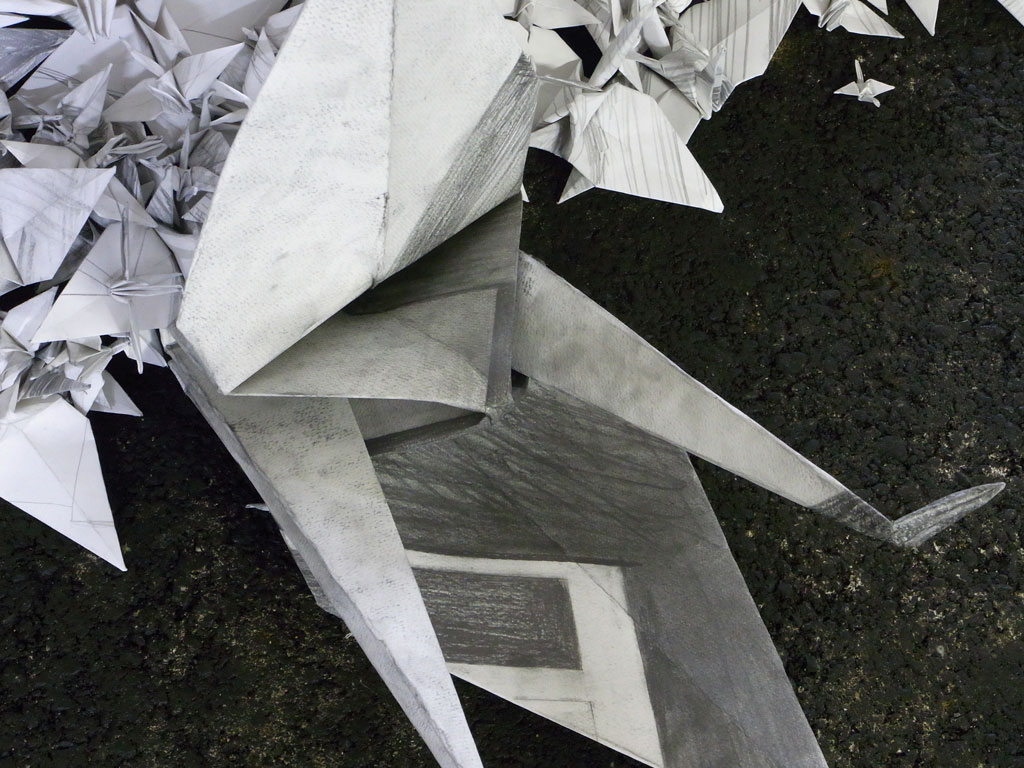 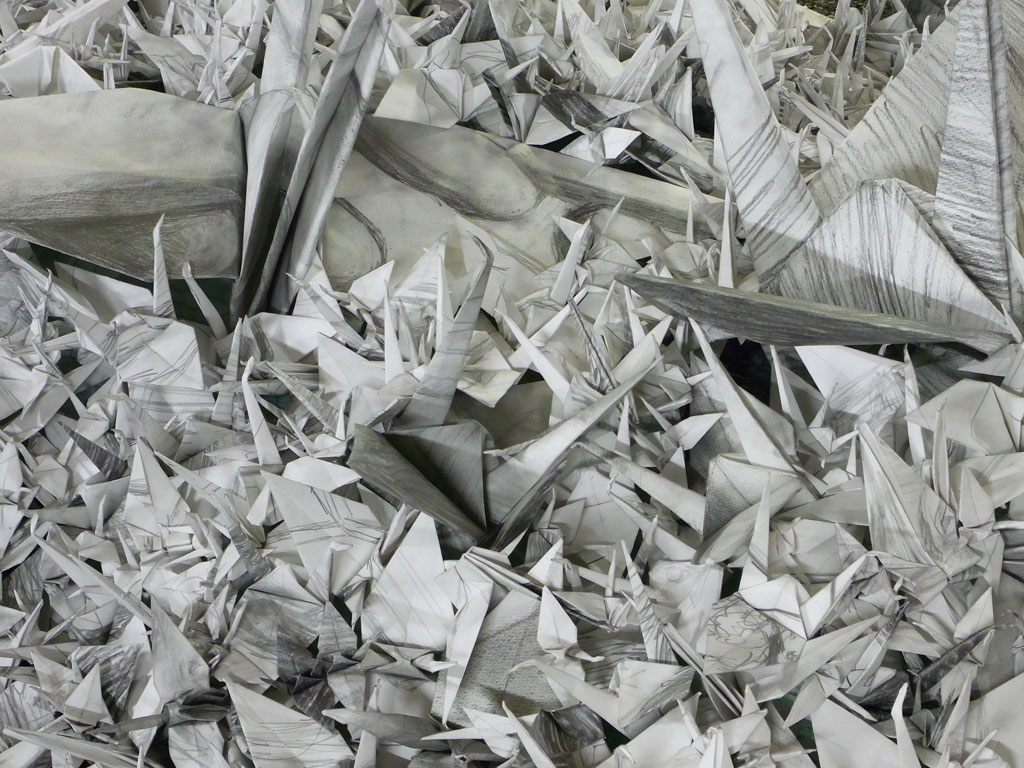 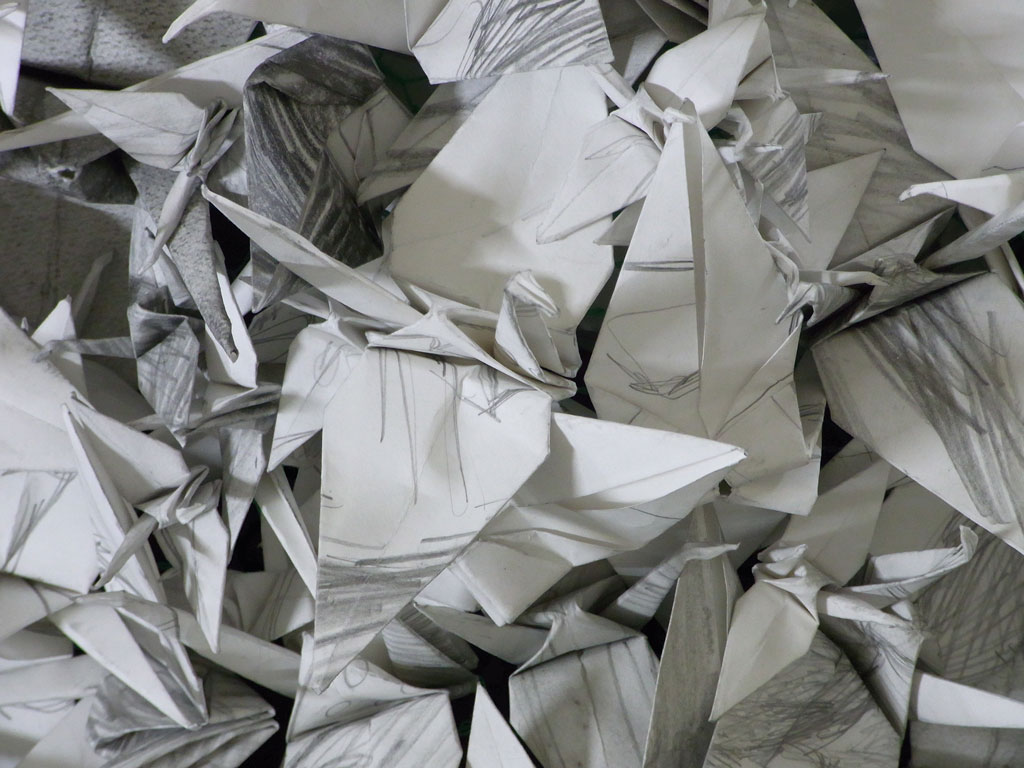 The constitution of wishes

I wanted to talk to you about the constitution of wishes. Instead we ended up talking about Hiroshima, Fukushima and Forsmark.

The crane; a symbol that in the western world represents the beauty of Japan, the origami tradition and one thousand cranes. My art piece begun with questioning who can use which symbols and traditions. Can I with my swedish origin fold one thousand cranes? I asked myself what kind of wishes there are – selfish and unselfish, small and big. I soon realized that the crane represent much more than a long tradition and a peace symbol.

Japan have 50 nuclear reactors today, around 30 % of the Japanese energy production comes from nuclear power. The 17 nuclear power plants make Japan the third biggest producer of nuclear energy in the world. Despite that is it necessary for the country to import 84 % of their energy requirements.

Sweden have 10 nuclear reactors which makes Sweden the most nuclear densest country in the world, it’s the only country that have more than one reactor per each million inhabitants. There are three nuclear power plants; Forsmark, Oskarshamn and Ringshals nuclear plant. Less than 40 % of the Swedish energy production comes from nuclear power.

The inhabitants near a nuclear power plant in Sweden have been supplied by the government with an emergency radio and some iodine medicine as a precautionary measure if an accident would happen. The iodine has the function of  protecting agains the cancer form Thyroid neoplasm.

During the process I have found out that the meaning of a symbol can be very different depending who’s reading it. Cultural differences and history sometimes makes a symbol hard to understand. In some cases you need the whole picture to understand the context.